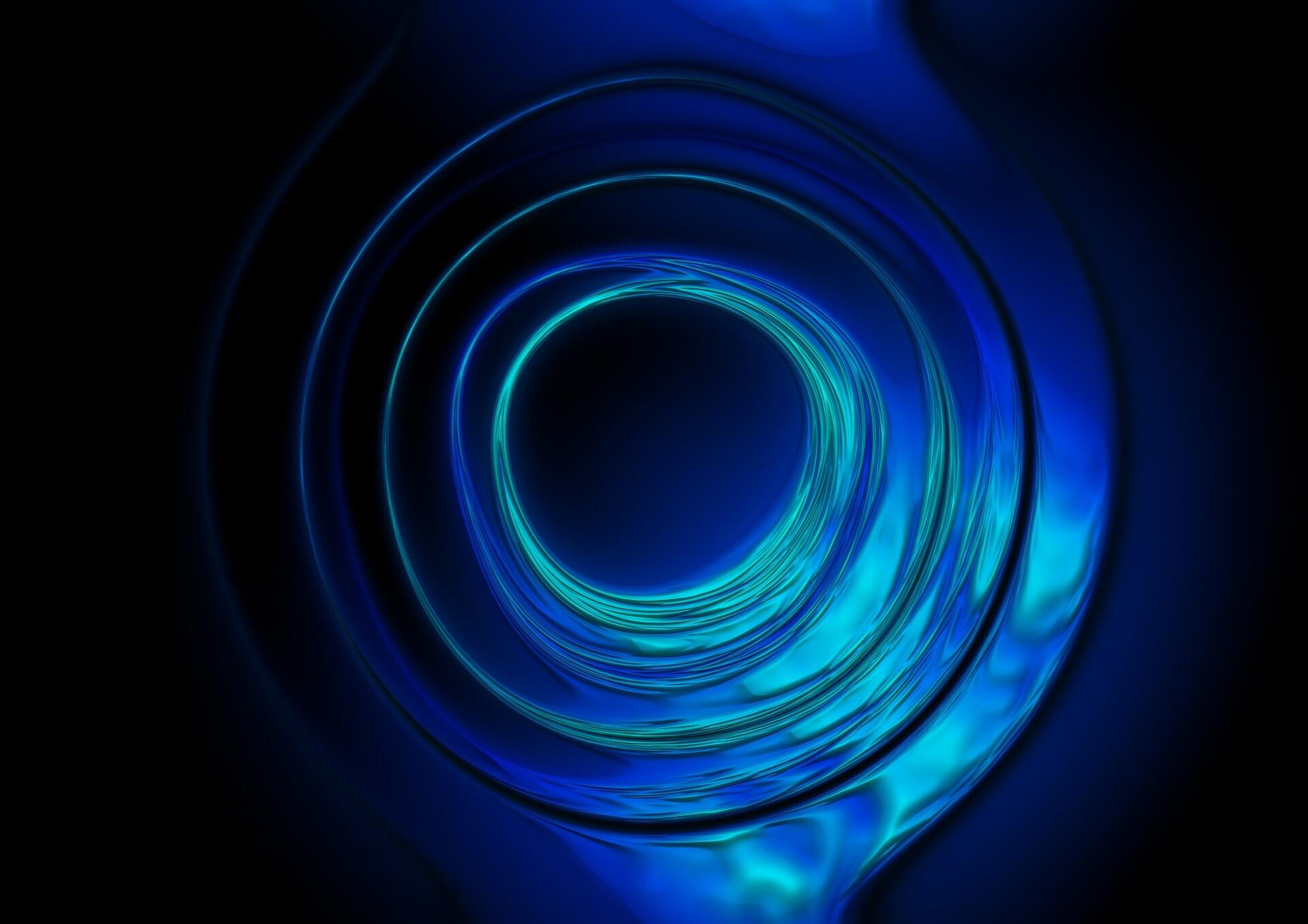 In our previous entry, we explained the concept of collisions, the challenges they present to industrial wireless networks and how EchoRing provides an effective solution via token-passing. This entry covers a related topic: interference.

An operator (transmitter), a robot (receiver) and a passer-by on a mobile phone (interference source)

An interference is an electromagnetic wave that originates from outside a network and disrupts communication on said network’s frequency band. To explain collisions in the previous entry, we used the analogy of two people saying different things at the same time to a listener. Expanding on this analogy, interference would be the overly-loud music in the bar where the interaction takes place. The excess noise requires the participants to speak louder and constantly repeat themselves to be understood.

In the context of wireless communications, interference, like collisions, creates a scrambled mashup of both the intended and interfering signal when they reach the receiver.

Interference can further be divided into two categories:

In the first, the interfering signal belongs to another digital communications system (i.e. its electromagnetic wave is meant to convey information) unrelated to the affected network. This is known as cross-network interference. A good example is when Bluetooth headsets interfere with WiFi transmissions and vice versa – they cannot communicate with each other directly due to platform incompatibility (imagine two people speaking different languages).

The Impact of Interference

The impact of interference on a network is also more or less identical to collisions. Thus, interference can be categorized as another type of signal noise that compromises reception. The first entry in this series specified that reliable network reception is only ensured when a signal is at least 100 times stronger than the surrounding noise. Just like collisions, interference’s impact is also higher the closer its source is to the receiver. A sharp drop in signal quality occurs within a certain distance, resulting in a packet loss.

Lastly, it is important to note that - just like collisions, shadowing and fading - interference is a random effect. This means predictions will always be unreliable to a degree.

The key to countering interference depends on its source. For instance, a short electromagnetic burst from a welding machine may only last a few microseconds, which would only interfere with a signal’s initial packet transmission and not subsequent re-transmissions. A constant on/off interference pattern emitted from a microwave oven meanwhile would make reliable transmissions nearly impossible. The ideal solution in this latter case is to monitor the network for these interference patterns and “hop” the signal to a different, non-affected frequency whenever they appear. This process is known as frequency hopping, which has long been accepted as an effective countermeasure to interference.

Bluetooth is one wireless technology that makes use of frequency hopping, yet it is hampered by the fact that it lacks the capability to analyze adjacent frequencies to create a reliable hopping pattern. Combined with the fact that Bluetooth operates in the 2.4 GHz band – a very crowded band at present – Bluetooth is insufficient for industrial wireless applications.

First, built-in handover mechanisms ensure reliable frequency changes, even when interference is strong enough to disrupt all communications between stations.

Second, EchoRing nodes continuously update and exchange information on a pool of frequency hopping candidates, ensuring at least one clear channel is available at all tiems. This feature requires certain EchoRing stations to periodically gather data on all available frequencies, during which time they cannot send or receive the EchoRing token (explained in our previous entry) or any information packets.

To ensure maximum network functionality, EchoRing allows the user to set a “scanning period” which begins immediately after the token has cycled through all of the network’s designated scanning nodes. Scanning periods can also begin dynamically based on the system’s runtime, such as whenever the network load is low. 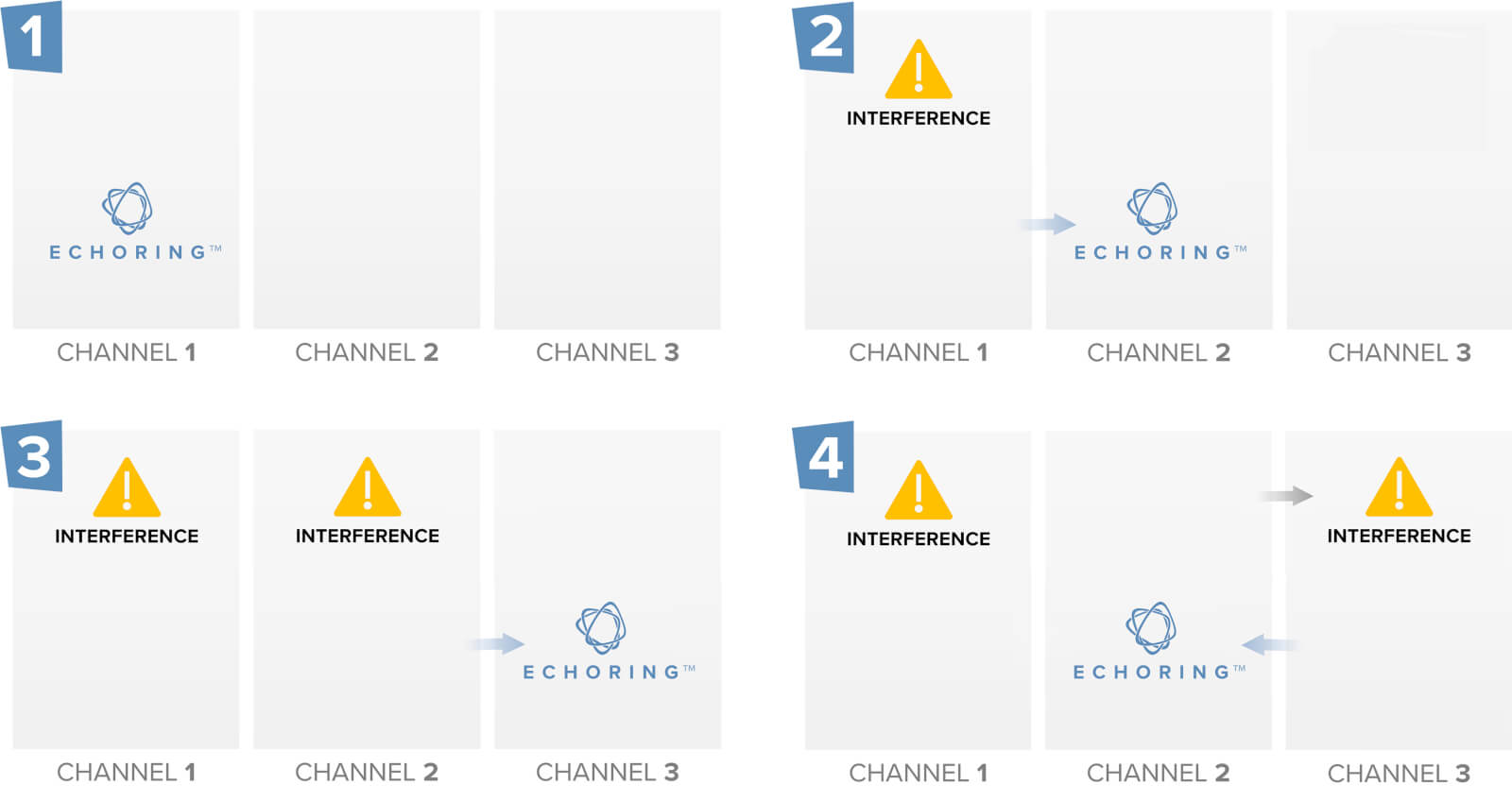 It is important to note that while EchoRing’s channel-hopping technique does require additional latency, it remains an extremely powerful countermeasure to interference. Time invested in channel-scanning is far lower than signal delays resulting from interference in the network’s vicinity.

For more information or feedback, please write to us at sales@r3coms.com and our experts will be happy to assist you.